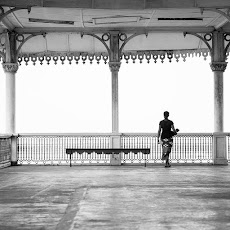 London-born to Indian parents, she developed a passion for travel and photography from an early age. Journeying different continents of the world has allowed her to experience different cultures, cuisines and gain diverse perspectives.

Studied photography more than ten years ago and mentored by Jonathan Chritchley, she has established a discipline in fine art landscapes and architectural photography.

The Shed Gallery (theshedgallery.com) approved her work and she was one of 15 artists to exhibit her work at the MUSE Exhibition this summer in Lyme Regis in 2016 and 2015. Her work will also be displayed at the London Photo Festival.

'Each landscape has a personality and capturing this raw energy from a visual standpoint adds a certain amount of permanence to what would otherwise simply be a brief and transient experience. An interpretation of simplicity, texture, shape and colour taken a particular moment in time making the ordinary, visually extraordinary. Above all, photography represents an intrinsic marriage between creativity and technical prowess.'